Get fresh music recommendations delivered to your inbox every Friday.

No Forgetting The Album

by The Manchester Mekon 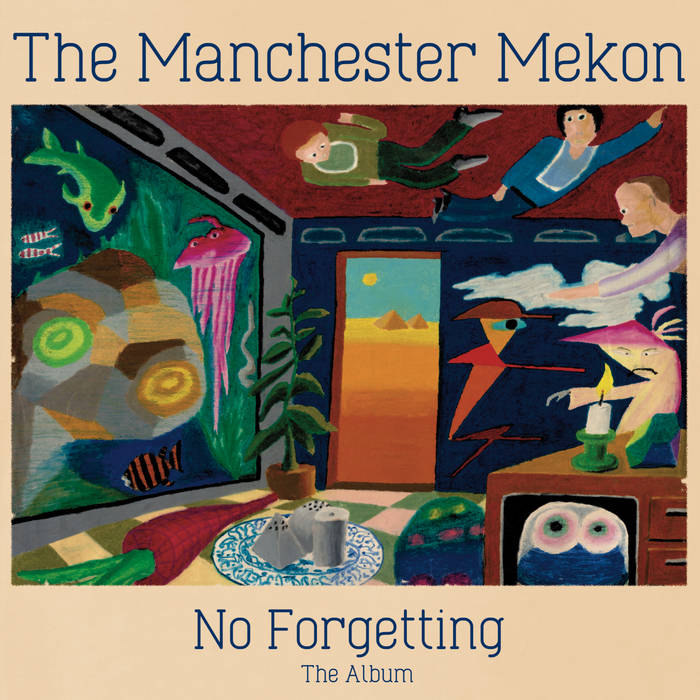 Discos Transgénero presents the first ever album from The Manchester Mekon.

The Manchester Mekon were a group of musicians that were active from the end of the 70's to the beginning of the 80's in Manchester. Influenced by Frank Zappa and the Mothers of Invention, Igor Stravinsky, King Crimson, Maurice Revel, Pink Floyd the Manchester Mekon aimed to integrate composed and improvised music, blending orchestral and electronic sounds with rock, both live and in the studio.

Over a period of five years (1977 - 1982) the Manchester Mekon played about fifty gigs in and around Manchester, released seven tracks on local labels and rehearsed once a week. This album covers their entire career, contains the full range of music they played and includes live recordings, studio recordings, home recordings and even rehearsals. Two tracks were previously only available on Manchester Musicians' Collective compilation albums. Some were never released, until now.

For the first time in 40 years these tracks are released on vinyl, in a full colour sleeve (using original artwork from the time), with a 16-page booklet ( also in colour ) with photographs, artwork, introduction to the band and a piece by Jon Dale about The Manchester Mekon and their times.


"A small but brilliant body of home-spun, humbly-recorded pop and experiment that feels, to these ears, like one of the ultimate representations of the warmth and generosity of the UK DIY era."
Jon Dale

"The Manchester Mekon were (and are) one of the best examples of the first-wave DIY era's all-encompassing join in with us sense of possibility. That said, they weren't year zero punk, they were making their own odd way before it came along. Mark E. Smith was a fan, he thought that they looked like Can. Actually, their music is maybe a bit closer to Faust, sometimes melodic, sometimes rough-hued; stubborn but with sudden moments of beauty. Other reference points would be the Velvet Underground, Brian Eno, and Swell Maps with huge dollops of melancholy in place of the juvenilia. I think they're maybe the greatest almost unknown group from this era. I'm fascinated by them. Nothing will ever replace the thrill I had when I first heard Maher Shalal Hash Baz but The Manchester Mekon have come closest. This is fabulous holy grail archive work, love it."
Stephen Pastel


Made in the E.U.
All Rights Reserved

Bandcamp Daily  your guide to the world of Bandcamp